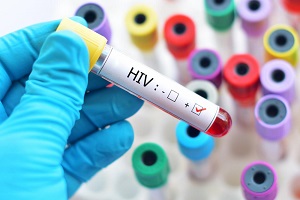 Herpes and HIV (Human deficiency virus) are sexually transmitted disease and these two diseases are correlated. If one is suffering from genital herpes then it increases the risk of being infected by HIV, a virus that is a cause of AIDS. Both Herpes and HIV are considered as a serious problem and the treatment of these diseases should be done on an urgent basis.

Genital Herpes is an infection which is caused by HSV (Herpes simplex virus). This disease is transmitted by direct genital contact with the skin surface or from someone who is already infected. This can happen during sex which includes oral sex. Symptoms of herpes include small blisters that open up to form painful ulcers.

Genital Herpes are of two types:

Once infected there is no cure. There are medications available and it can prevent or shorten the outbreaks. Long term medications also decrease the risk of further spread. Also, there are certain precautions that should be followed such as avoid sex, Avoid kissing if the cold sores are on the partner's lip area etc..

The HIV (human immunodeficiency virus) is a virus that causes AIDS (acquired immunodeficiency syndrome). It is a condition in which a person experiences the failure of the immune system that leads to life threatening infections and cancer. Some of the common symptoms of HIV include sudden weight loss, extreme tiredness, memory loss, depression, night sweats etc..

HIV can be transmitted in two ways:

2. Non-sexually transmitted : HIV can also occur from an infected mother to her infant through breastfeeding.  HIV infected mother can transmit the infection to her baby under both cases, during pregnancy or childbirth.

HIV is of two types:

HIV 1 has more ability to damage and more infectious than HIV 2. The lower infectivity of HIV 2 implies that fewer of those infected to HIV 2 will be infected per exposure.

There are many medications available that can helps in reducing the transmission. Some of the medications are Zidovir, XVir, Virovir etc.

At Online Drug Pharmacy you can get all the medicines very easily and placing an order at this online drug store is also hassle free. Here along with the medicines for Herpes and HIV you can also get medicines for other health issues such as asthma, infections, eye problem, erectile dysfunction etc.. For us, our customers are our first priority. Also, we deal with the generic drugs and all the drugs that are available at this drug store are manufactured by the reputed brands.